Good Job Bees! Honey House produces pure, raw Hawaiian honey.  Our beeyards are located on the Big Island in both makai (ocean) and mauka (mountain / elevation) locations.  From Hawaiian kiawe honey to delicious multi-floral honey blends, we are pleased to bring you fine, crystallized honeys that are full of natural goodness. 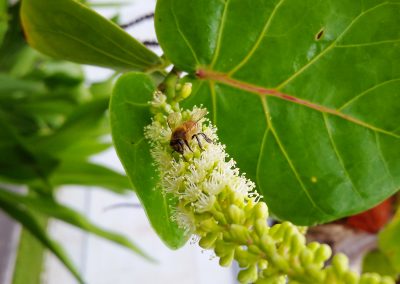 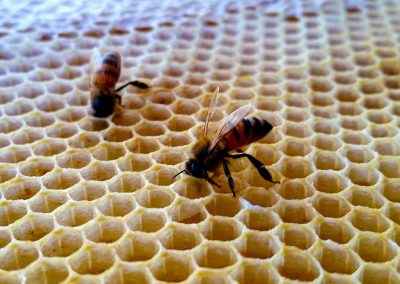 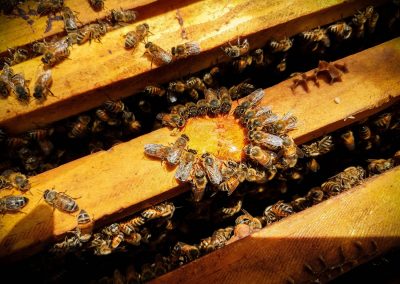 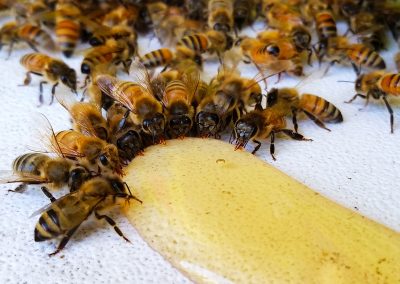 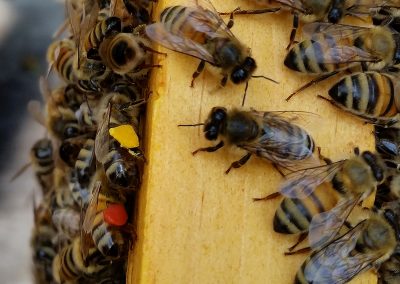 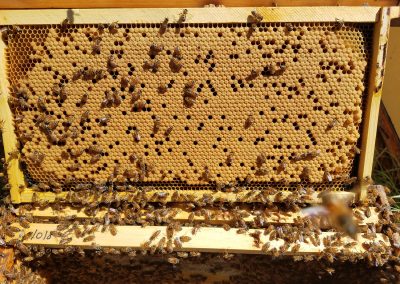 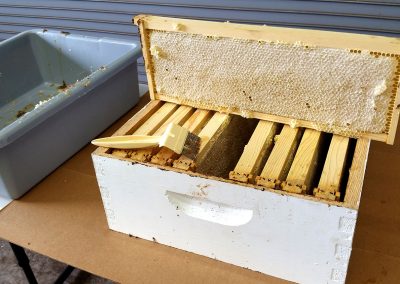 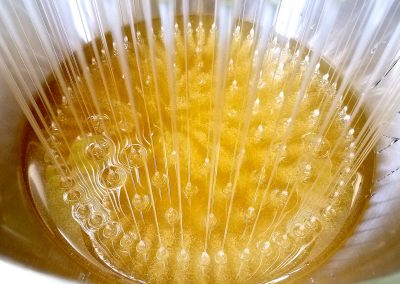 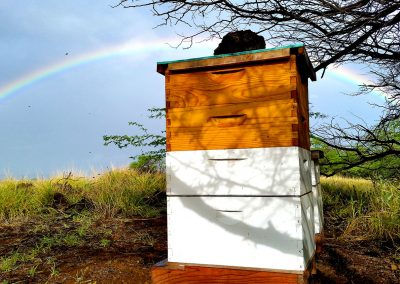 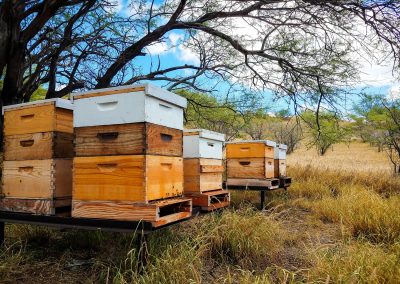 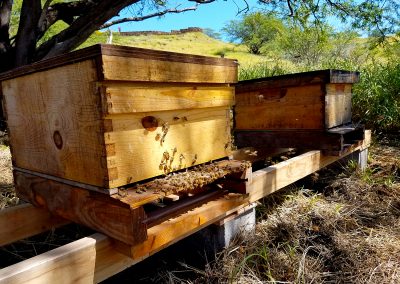 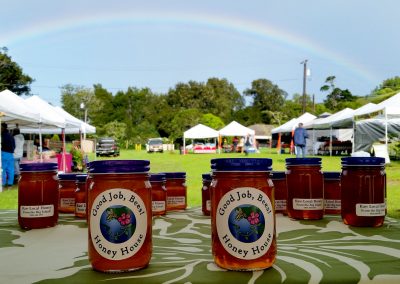 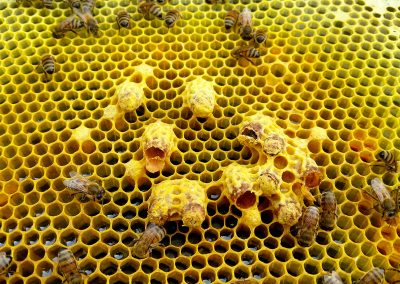 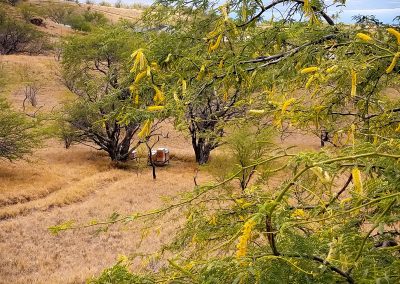 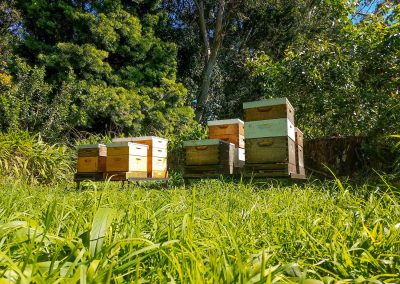 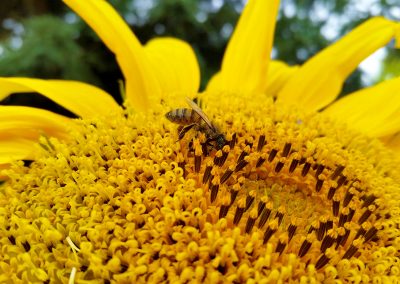 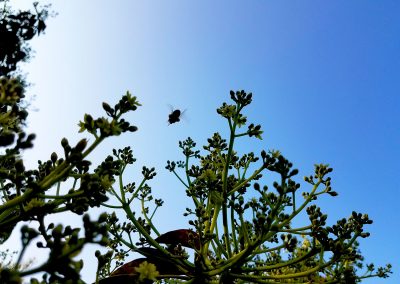 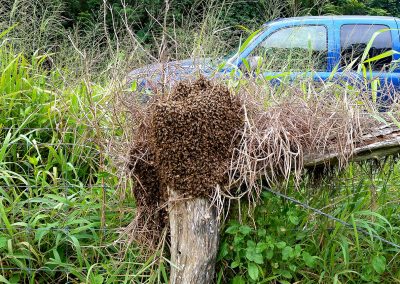 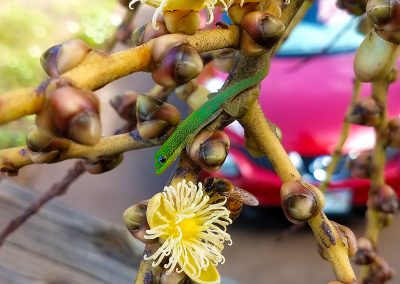 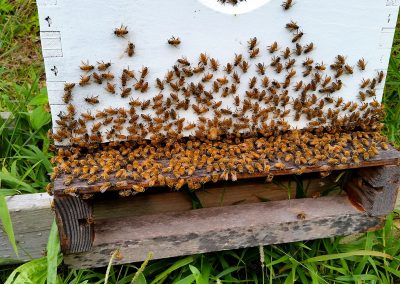 “Good Job Bees! Honey House”: Where did that name come from? Well, its just one of those things. It all started because David likes to talk to the bees… When he goes through the hives to check the bees, there can be quite a difference between hives. Whenever he opened the lid on a hive that was booming and bees were everywhere, he would always tell them “Good Job Bees!” thinking everybody needs a little positive encouragement when they’re doing something good, the bees included. As it turns out with the state of bees in our world today, he thinks they can use all the encouragement they can get.

Let us introduce you to David and Carole Davenport, the owners of Good Job Bees! Honey House. They are both transplants to Hawaii; Carole form Vermont 23ish years ago and David from California more than 30 years ago. How time flies… How did they get into bees? It all started about 12 years ago when a friend of David’s who was a beekeeper, asked if he could put a couple of hives on their property to see how they would do. They of course said yes and thought it was kind of cool to have bees on property.

David watched the bees and would empty a pollen trap that was on one of the hives into a jar for the beekeeper to see what kind of pollen was coming in. He spent many hours just sitting and watching the bees as they went about their business. A few months passed and it came time to move the bees to another location. When the bees left, David missed them, so he asked his friend if he would help them get their own hive.

David did some work in trade and they got their first hive. The bees did well and they eventually had two hives. They got a little honey here and there and would send it to family and friends. Beekeeping was fairly easy back then and the bees for the most part maintained themselves. When the Varroa mite, followed by the small hive beetle, came to Hawaii, it challenged everything and they lost their hives. Life was in transition for them, so they didn’t have bees for a couple of years after the loss. When the time came again that they could get some bees, David traded some work for another hive. It was a great year in the usually arid place they live and there was an abundance of rain. The bees were loving life and they were able to make some splits and soon had four hives. As the hives increased over the years, so did David’s knowledge as a beekeeper. Every day is a continuing education. He is blessed to have friends that are also beekeepers who are willing to offer their knowledge.

Where there are more hives there is more honey. So much honey that they couldn’t just keep giving it all away. They decided to start selling it at a local farmers market in Waimea, and have been slowly working their way into retail. They decided when they started this bee adventure that they wanted to maintain the integrity of the honey the bees produce by not filtering or heating it, and not using any harsh chemicals in or around the hives. Their goal is to bring you, the customers, as close to the hive as they can with the honey in their jars. As an added step, last year they were “Certified Naturally Grown”, and they are proud to be part of the CNG family.

All of our honeys are processed without added fillers and are not filtered, heated, or changed from their naturally occuring state.  We are certified naturally grown.